Former Chelsea player Ashley Cole has teased Chelsea fans with a picture via his Instagram story this morning, showing that he was on his way to Japan! 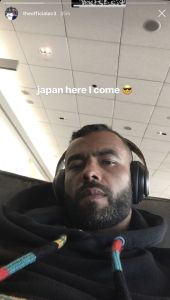 Since then it has emerged that the 38-year old former England International is on his way to Japan on Wednesday afternoon, in order to conduct some promotion work for Yokohama in relation to Chelsea’s pre-season tour in the country.

The Daily Telegraph writer Matt Law took to his Twitter to explain the reason for his travel.

Told Ashley Cole is heading to Japan to do promo stuff for Yokohama around Chelsea's tour. He's not currently on the club's coaching staff.

Cole has been at Cobham recently to conduct coaching sessions as part of taking his FA coaching badges. He recently hinted at returning to Chelsea someday in a coaching capacity.

The Chelsea fan favourite played with the current head coach Frank Lampard for many years, and also played under him at Derby County last season. The pair are close friends and the thought of Cole returning to Chelsea someday is a mouthwatering prospect for Blues fans.