Antonio Rudiger was brilliant again against Tottenham last night, scoring the winning goal and then helping his team defend that lead.

His stats from the game show just how influential he was. Aside from scoring the only goal of the game, he also had the most touches and the best pass accuracy in the game as he controlled things from the back.

He also dropped one of this standard red card-risking flying slide tackles, but that wasn’t counted in the stats…

You can see the defenders impressive stats in the image embedded here: 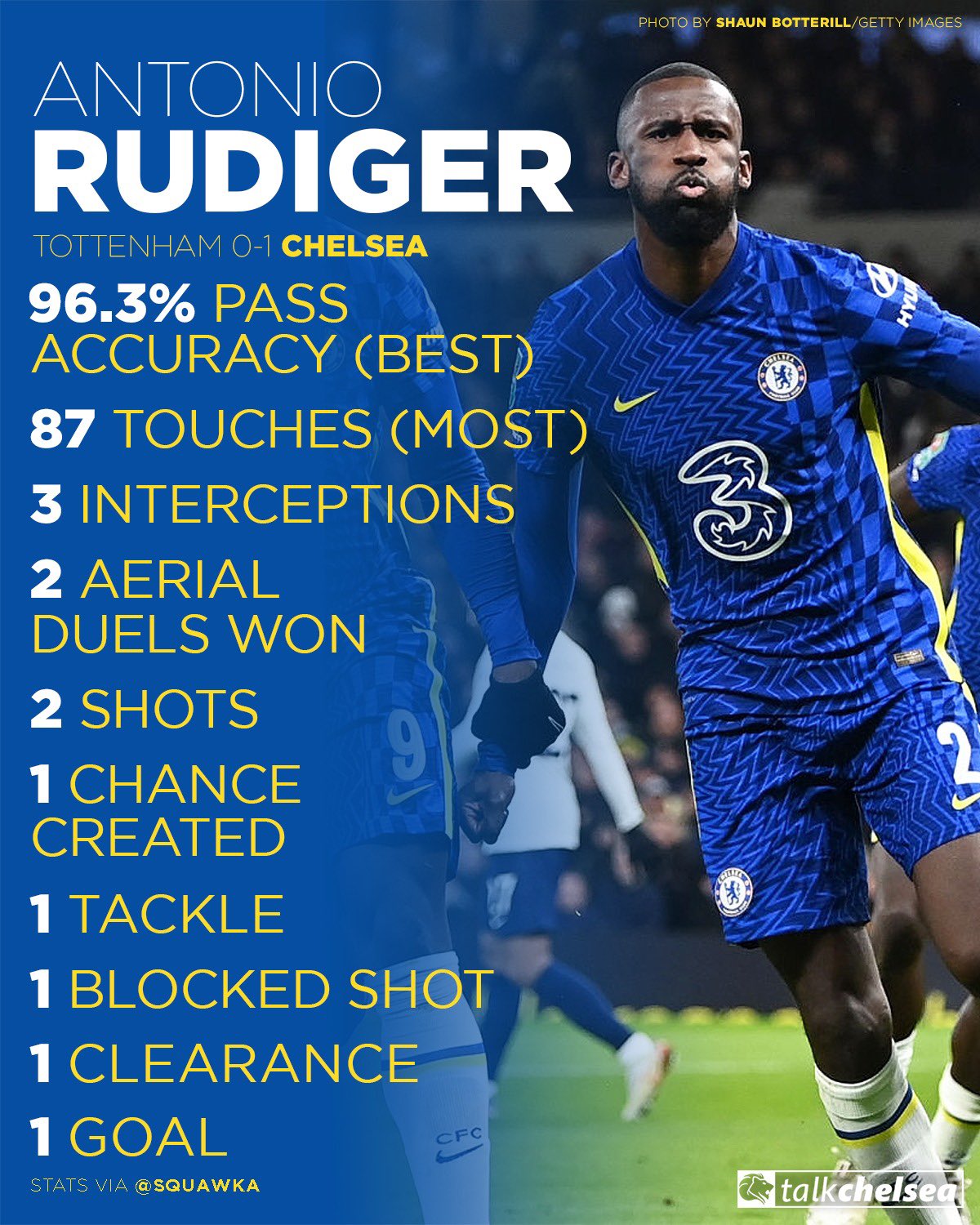