Chelsea got quite the bargain when they snapped up Olivier Giroud from Premier League rivals Arsenal back in January 2018.

The Gunners thought they were too good for a player who has since helped us win major trophies, and they must be kicking themselves that they let him go so easily to a team in the same league as them.

Perhaps that’s why Chelsea are keen to avoid the same thing happening to them. SportWitness have translated quotes from the Corriere dello Sport (which you can see below) where it’s explained that AC Milan are favourites to sign Giroud this summer. 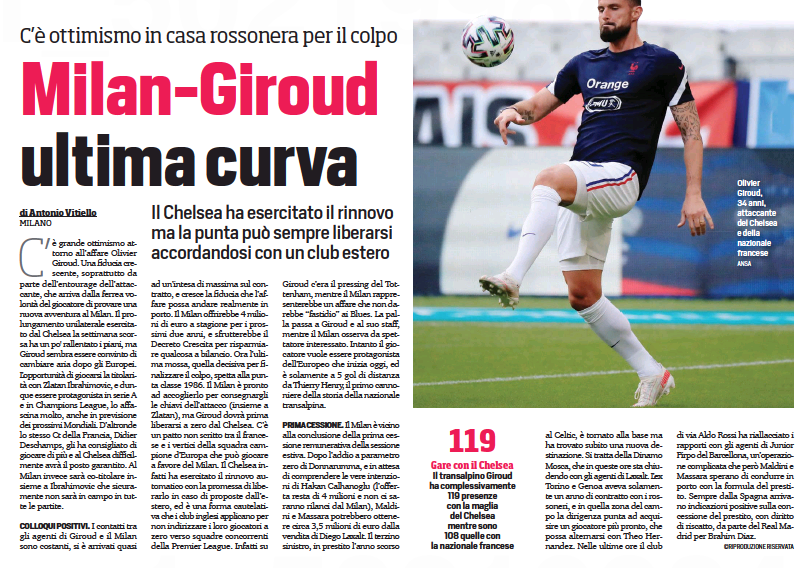 Chelsea are happy to let him go to Serie A for a small fee – and they have an agreement with Giroud that they will let him go, just not to a fellow Premier League side.

That seems reasonable to us, and everyone will end up happy – except Arsenal, of course.