Chelsea made a lot of purchases last summer, and look set to add even more this window.

That means there will be leftovers who don’t fit in the squad anymore, and according to today’s Gazzetta Dello Sport, that man could be Hakim Ziyech.

The Morocco star signed last summer but struggled at times in his first season at Stamford Bridge. In the quotes from the Italian press as relayed by Sportwitness, Ziyech is described as being “officially on the transfer list.” 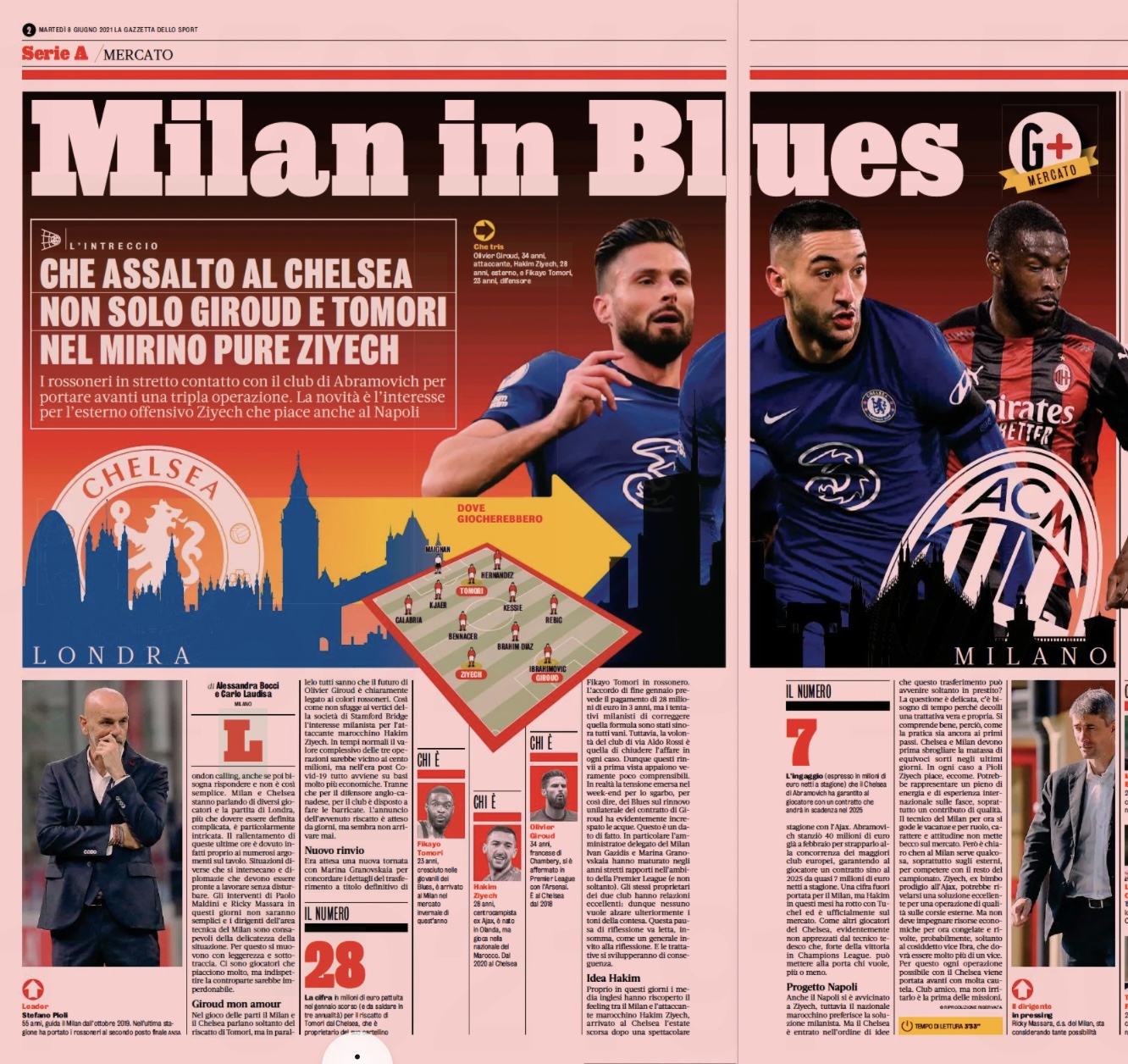 We’re not sure we would go THAT far, but we would believe that the club are willing to listen to offers as Thomas Tuchel reshapes the squad in his image.

A loan deal with an option to buy, as we’ve seen in the case of Fikayo Tomori to the same club in January, might work out well for both parites as we look to clear the decks and they look to suss out their options.