Achraf Hakimi is not going to be an Inter player by the end of the summer, that much looks certain. The question is where he ends up.

There’s still plenty of time left in the window, but things are starting to hot up in the market as teams work their way down their lists of targets, and as sales start to free up money to make moves with.

Hakimi’s agent Alejandro Camano has already had some quotes reported about his client’s future – he left little doubt that he would be leaving Inter – and now he’s stepping up his efforts to shift the former Real Madrid player.

SportWitness cite a report in the Corriere dello Sport (which you can see below) that Camano is flying to Milan this week to really get stuck into negotiations. 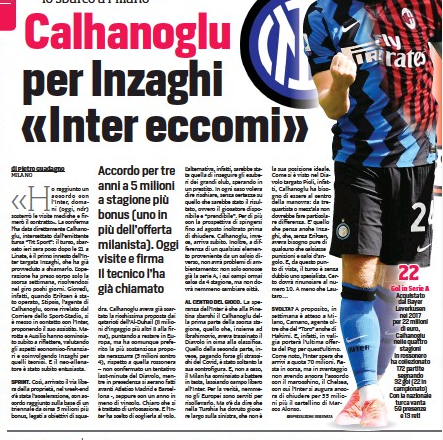 Whether that ends up being towards London or Paris we will have to see, but either way, things are very much in motion now it would seem.