The recent terrible run of form Chelsea have been in shouldn’t distract us all from the season as a whole, which has been positive.

Some players have been excellent, and chief among those is Mason Mount, who has stepped up once again to show real development as a player.

He’s Europe’s 7th most creative player according to the following graphic from StatsPerform, up there with some seriously big names: 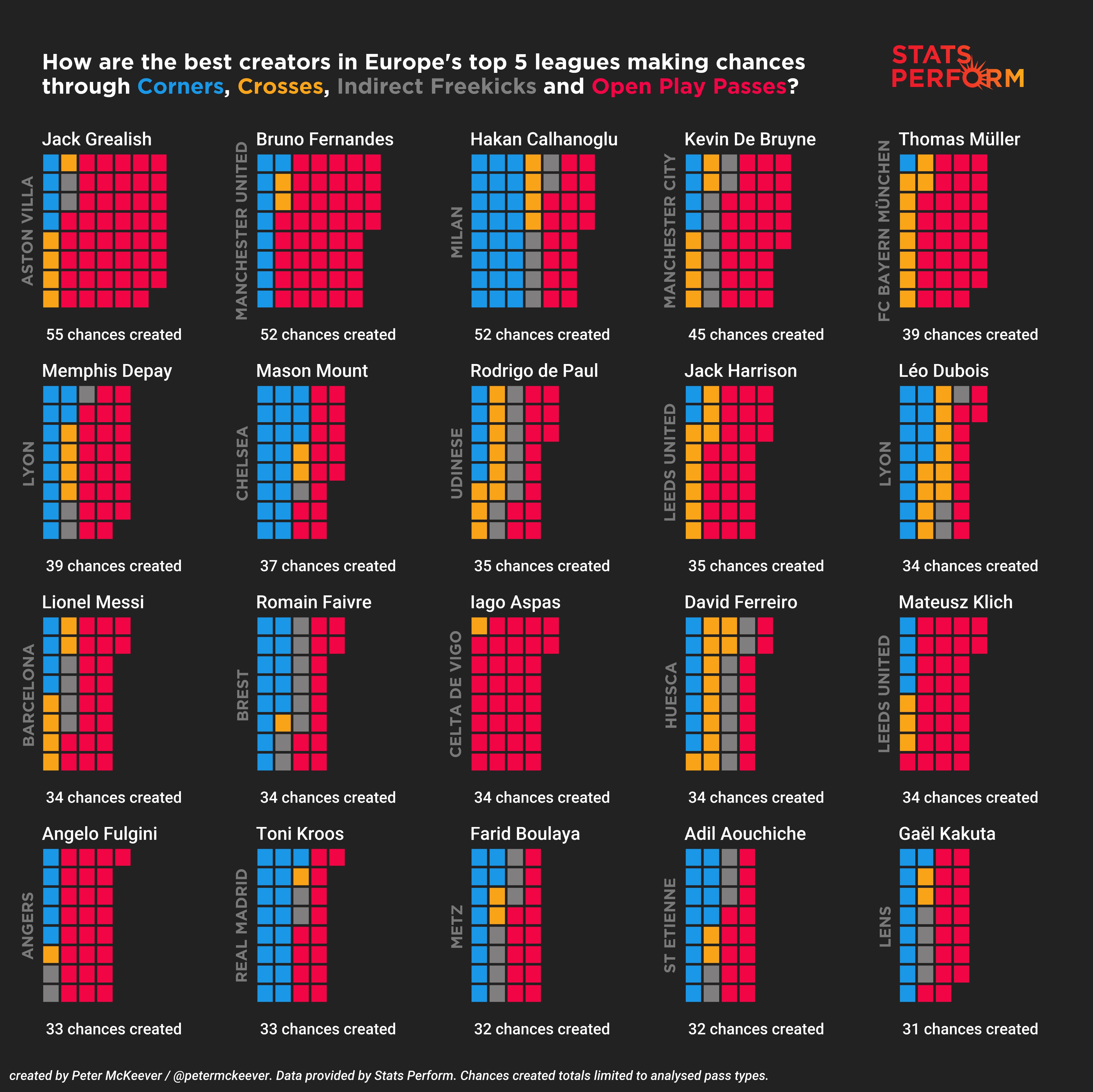 His corners are contributing to those numbers a lot, and the goals we’ve scored from set pieces this season show just how important Mason is to this team both in open play and from dead balls.