Chelsea escaped with a win over Crystal Palace after a really hair final few minutes only thanks to a stunning intervention from Kurt Zouma.

The central defender almost put Chelsea ahead after just 10 minutes with a towering header, but it was at the other end of the pitch (and the match) that he really made an impact.

A huge hole opened up in Chelsea’s defence in the 95th minute and it looked like Christian Benteke was going to score, only for Zooooooooooom to appear out of nowhere and win the ball with a superb sliding effort.

John Terry was a man who knew a thing or two about slide tackles, and he chimed in on Instagram with an approving comment for Kurt.

It truly was one of those moments that makes seasons, and if we’re in the Champions League next season we can put it down in part to this superb effort.

You can see JT’s comment in the picture embedded here: 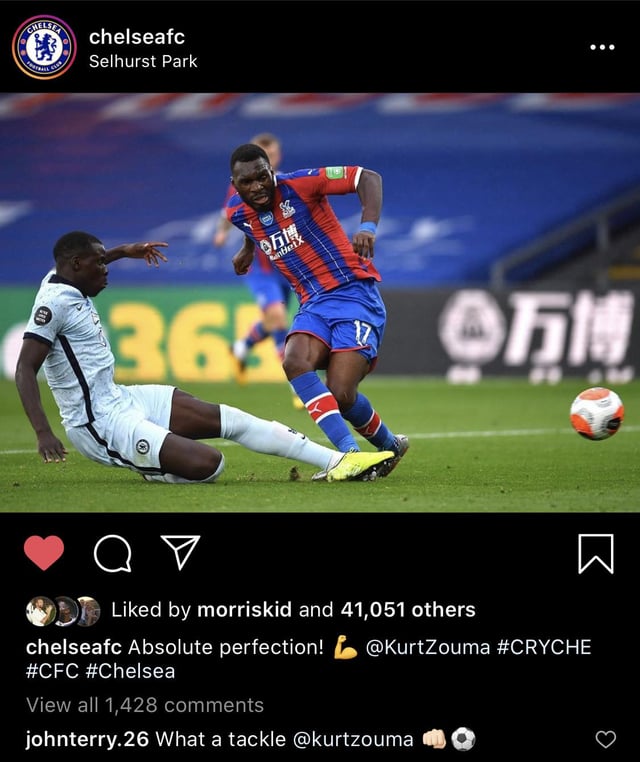