ESPN’s Alex Shaw took to Twitter after Kortney Hause scored the opener of the game for Aston Villa to suggest that Kepa Arrizabalaga was at fault for Chelsea going behind.

Shaw reiterated that given the tirade of abuse that David de Gea got for his costly error for Manchester United vs Spurs – the same energy should be directed to Kepa.

The Villains’ opener against the run of play can be seen here, Kepa is certainly a controversial figure right now but let’s not let that cloud our judgement – he simply wasn’t to blame for this goal.

Sorry but if you’re asking questions of De Gea for the Spurs goal, you need to ask questions of Kepa there too. I’m massively unconvinced by him. 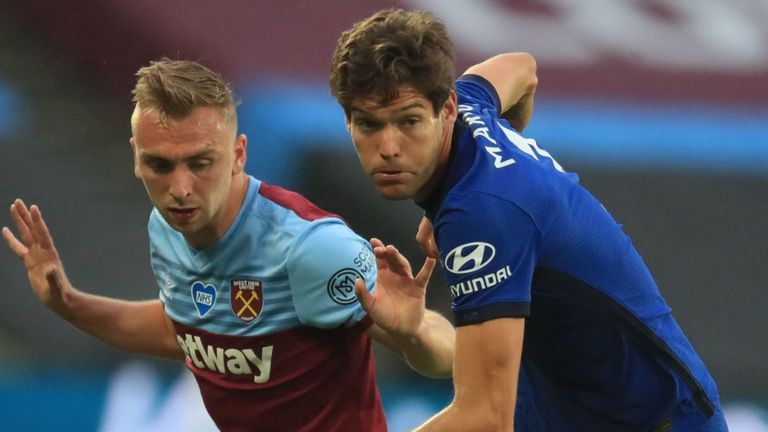 A quick scroll through the replies to Shaw’s tweet show just how inaccurate this claim was.

The blame lies with Chelsea’s ability to defend set-pieces if anything, Hause exploited a mismatch with Mason Mount to volley an attempt towards goal, Kepa did his job by keeping this out.

All of our players were nowhere near the ball after Kepa’s parry, leaving Hause with enough time to pick himself up and poke the ball into the back of the net – our featured image for this post shows just how bad a state our defence was in as they were half-asleep and paid the price for failing to react.

This is by no means our attempt to take the moral high horse and defend a player that’s been subjected to abuse this season, Kepa has been shaky for a lot of the campaign – but this just isn’t something that should be pinned on the Spaniard.

Furthermore, continuing to single out the 25-year-old is hardly going to make his performances improve, Frank Lampard clearly still puts his trust in the ace for now – so we should as well.