Chelsea legend John Terry is the current assistant manager at Aston Villa, but that doesn’t mean he isn’t still following his beloved Chelsea every step of the way.

Terry is often seen on Instagram watching Chelsea matches on the TV, and he keeps in close contact with many at the club including his good friend Frank Lampard.

The two played alongside each other during the Blues golden years and have been through a lot together at the club.

You will not be surprised if one day the two are alongside each other once again, this time in the Chelsea dugout.

Terry was one of the many former professional footballers to offer Lampard some deserved praise commenting on the post.

Let’s hope to one day see them coaching together at Chelsea! 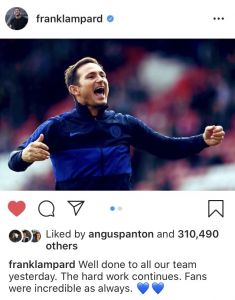 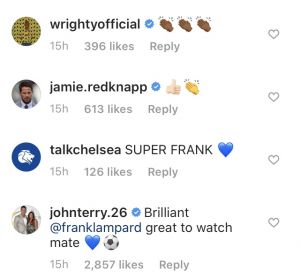