Chelsea fans have used Willian’s Copa America triumph as an opportunity to poke fun at the Brazilian over a past mistake of his, report The Sun.

Willian has coasted through his Chelsea career without hitting any considerable bumps in the road, but if one thing threatened to derail it in its entirety, it was his relationship with Antonio Conte.

He was not the only member of the Chelsea first-team squad whose relationship with Conte suffered towards the end of his reign, but he was the one who made it most public, naively.

We’re sure you’ll remember this… 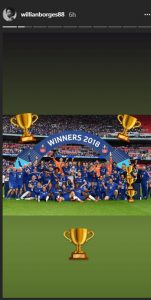 Well, Chelsea fans have now got their own back on Willian, who clearly didn’t believe that the man who masterminded our FA Cup triumph deserved to be included in the celebratory photos.

The Sun have shared the below image, which they claim has been created by a Chelsea fan, which quite clearly shows Willian discovering that what goes around, comes around… 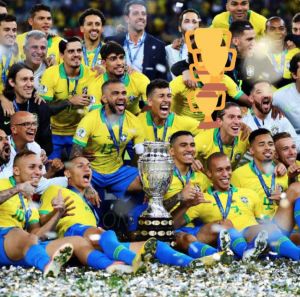 Tomori not off to Rennes after all, despite seemingly packing up apartment