The BBC sport website  had a feature enabled yesterday that allowed readers to rate players in the Chelsea-Liverpool match.

They then averaged these scores out to give a crowd sourced rating for each one.

It’s pretty interesting to see what other people made of the game, but the fact is that favouritism clearly comes into it – just look who’s bottom of the pile!

People don’t like Gary Cahill, so they’ve given him a low mark, wheras Olivier Giroud, who scored a great header but was otherwise quiet, gets high marks.

Even more shocking is the placement of Antonio Rudiger, who was many people’s pick for man of the match.

He came second from bottom in the ranking of Chelsea’s players, which is pretty unexplainable. He marked Mo Salah out of the game, and earned widespread plaudits from pundits far and wide.

Maybe his bad votes were coming from annoyed Liverpool fans? 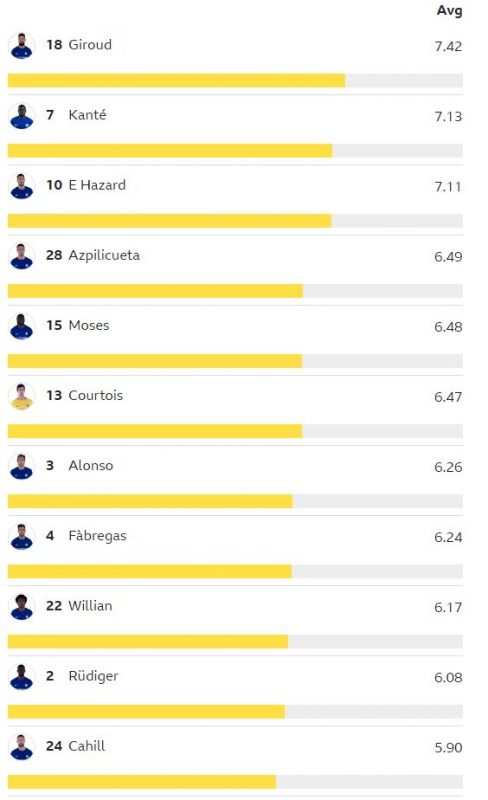 Chelsea confirm another ludicrous issue after decision from the UK Government

Chelsea have interest in world class player that ‘Tuchel loves’